Celebrities Dying Without A Will 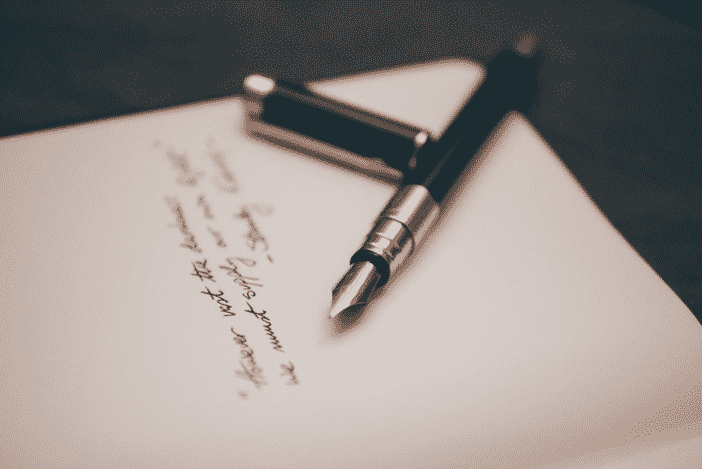 What happens when we die? Maybe it’s an unexpected right topic for a legal advice blog, but one thing’s for sure. When anyone dies, they won’t have much control over what happens to what they leave behind–at least not directly. Leaving behind a valid will allows for the wishes of the deceased to control what happens to everything that passes through probate.

When someone dies, almost everything they leave behind will be distributed through probate. Some things like joint bank accounts or life insurance payouts don’t go through probate, but the majority of things left behind do. If that person doesn’t have a will, they’ll have no control over what ultimately happens to their legacy.

If there is no valid will, the process of intestacy determines what happens to an estate. With a simple estate and few assets, this might actually be close to what the deceased intended. Without a will, though, even this process will cost the estate more than having a will would have, especially if there are distant relatives or other interested parties who want a piece of the pie.

The problem only gets worse when there are a lot of assets and complicated financial issues involved. You would think that people with large fortunes, a lot of intellectual property, or an expectation that there could be a lot of people trying to claim a part of their legacy–the rich and famous, basically–would want to control their legacy more than most. At least they know how complicated and ugly things could get if they didn’t leave a will, right? Not always.

Whether it’s because of a will being invalid, lost, or simply not having a will at all, there are a lot of very famous and very wealthy people who have died intestate (without a will). In every instance, the result is wasted money, protracted disputes, and almost certainly a result that was not what the deceased would have wanted.

Let’s look at some famous examples of famous people dying without a will and learn from their mistakes.

Howard Hughes alienated his extended family as a young man when he bought out the shares of the family business to take full control. Then he turned it over to non-family members to manage it while he went to make movies and fly planes. His relationship with his family didn’t improve in his later years when he lived in paranoid isolation in a series of his own luxury hotels.

He died worth an estimated $1.5 billion in 1976, and immediately a number of potential heirs appeared to make a claim on the estate.

A will appeared leaving a lot of his estate to his family as well as more than $100 million to a man who claimed to have picked Howard up and given him a ride once. It was also found in the possession of the Mormon Church and the will just happened to leave a large part of his fortune to that very church. The will was hand-written, though the paranoid Howard was apparently worried that someone would copy his hand-writing and rarely signed or wrote anything by hand.

Eventually, a jury found that the will was a forgery and an exhaustive search never found any other wills. The legal battle over the estate lasted nearly a decade. In the process, people spent more than $500 million on legal fees and expenses. The estate was not actually closed until 2010, more than 30 years after Howard Hughes’ death and with a large chunk of his fortune going to the distant family he wanted nothing to do with.

Steig Larsson was with his partner from 18 until his death at age 50. Larsson never married her. It seems that the couple decided against it due to a Swedish law that requires the publication of a couple’s address. Steig dedicated much of his life to documenting and criticizing far-right hate groups, and the couple saw having their address published was too big a risk.

Like most of the United States, Sweden does not recognize common-law marriages. That meant that Eva Gabrielsson, his girlfriend and life partner for his entire adult life, would have no standing if he died without a will.

He actually had written a will in 1977 that left his whole estate to the Communist Workers’ League, but since it had no witness, it was invalid under Swedish law. Such a will would be valid in Texas where a hand-written will is valid without witnesses. Most states would not recognize such a will, and it’s best to have a professional draft a will that you know is valid.

His death in 2004 was before the publication of The Girl With the Dragon Tattoo, but, after the publication in 2005, it (and the two sequels Larsson had written before his death) went on to make a fortune and spawn an international media empire. With no valid will, all of his assets were divided between his father and brother, who he had nothing to do with.

When someone dies without a will, their property goes to immediate family. Only when there are no parents or children or living siblings do courts have to start to look at distant relations like in the case of Howard Hughes.

Complicating matters further, Eva had a mostly-completed manuscript for the fourth book in the planned series of books as well as partial outlines for the other three books. She wanted to control the literary estate in the way that she believed Stieg would have wanted, but with no legal standing, his brother and father offered her a small settlement and nothing else.

A will does not just dispose of money and other assets. It can also dictate who gets control of rights or even who should be a child's guardian in the event that such an arrangement is necessary.

Since then, the family has allowed multiple film adaptations and a new trilogy of books. These adaptations have been met with a mixed response. Many, including Eva, have called them out for diminishing or even completely abandoning the themes Stieg wanted to highlight.

Even though he was only 50 and his death was from a sudden heart attack, if Stieg Larsson was too worried about threats on his life to get married, you’d think he’d be conscious enough of the possibility of dying to write a will.

Prince (or the artist formerly known as…)

Prince died in 2016 at the age of 57. His overdose death was apparently as unexpected to him as to the rest of the world, since he had no will in place. It’s been nearly four years since Prince’s death, but his estate is nowhere near settled.

Unlike many of the cases of intestacy, the heirs to Prince’s estate were clear from the start. His sister and five half-siblings will eventually split his estate, but it may be reduced quite a bit. Since his death, the estate has spent tens of millions of dollars on legal fees.

Even when all the legal hurdles of probate are cleared though, no one will know if Prince himself would have wanted his estate to be settled the way it ultimately will be. An estate plan could have not only directed his assets, rumored to be between $200 and $300 million, but could also have created a plan to mitigate the tax bill (17 percent state and 40 percent federal estate taxes owed).

Perhaps most importantly, Prince’s music, which he was famously protective of, will be without any of the protections he could have arranged with a will or other estate planning documents.

How Then Should We Will?

Ultimately, the lesson that we can draw is that whether you’re a reclusive billionaire, a thriller novelist, or a groundbreaking musician–or even just a regular person–you’ll cost your heirs and beneficiaries a lot of pain and a lot of money if you don’t leave valid estate planning documents.

You’ll also lose any ability you have to control what happens to what you leave behind.

So don’t be like these folks (except in the financial department). Call a lawyer, make a will, and make sure that what you can’t take with you doesn’t get left behind.

BIO: Jeffrey Johnson is a legal writer for CompareLifeInsurance.com. He has a J.D. and MFA.